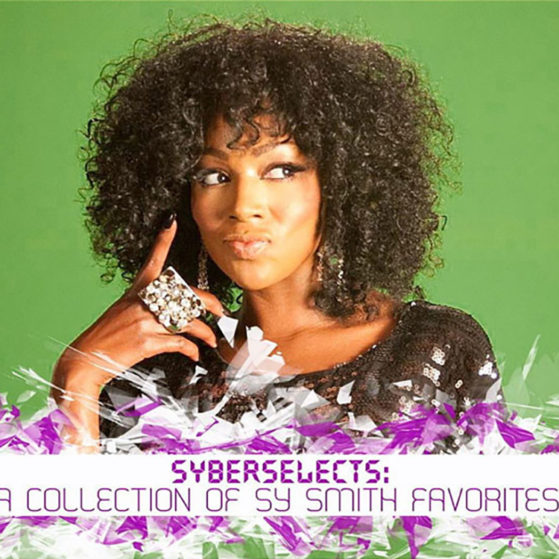 Available now on:
Update Required To play the media you will need to either update your browser to a recent version or update your Flash plugin.

Since 2001, Sy Smith has released 3 CDs, 1 EP, and a live DVD (plus music videos for 7 tunes as seen on Vh-1 Soul, Centric and BETJ), earning her critical acclaim and fans from around the globe. In this release, Sy surveyed some of her true blue Syberfriends to help put together this collection of favorite songs. In a beautifully-packaged digipak, this CD includes her hit tunes Fly Away With Me and The Art Of You, plus the song that earned her an Emmy nod “Welcome Back (All My Soulmates)”. Mellow and introspective tunes like “Runnin’ (Jah Child)”, “Bruise”, “Turnstyles” and “Distance”, show us a subtle side of Sy’s musical brilliance (she plays much of the instrumentation on these alongside some of the greatest producers of the genre: James Poyser and Ali Shaheed Muhammad). But her lyrical prowess is not a game either (see “Ain’t Nobody’s Bizness”, “Aquarius Rising” and “Conflict”). Sy never lets her listeners forget about why music makes us smile with “Deep Sleep”, “Drop That”, and “B-Side Love Affair”. And every fan she surveyed chose “That Ring” which has remained a staple in her live set for its obvious appeal. In “Fa’ Sho” she asks listeners to “leave here, sayin’ ‘Sy is tight!'”… and you know what? She is.